Bon Appetit released their ‘comfort food’ issue last week, and it’s very nearly everything. From soups to pantry meals to pastas, I dog-eared 5 pages and 14 recipes. One recipe that stood out was their Reginetti with Savoy Cabbage and Pancetta. Since I was already buying pancetta for my massive batch of minestrone soup, I figured I might as well add a few more ounces and work this recipe into my week’s grocery shop. And then Miriam’s Tuesday night plans suddenly fell through and I invited her over for dinner so that I could share this batch of frilly pasta with someone who would equally appreciate it. 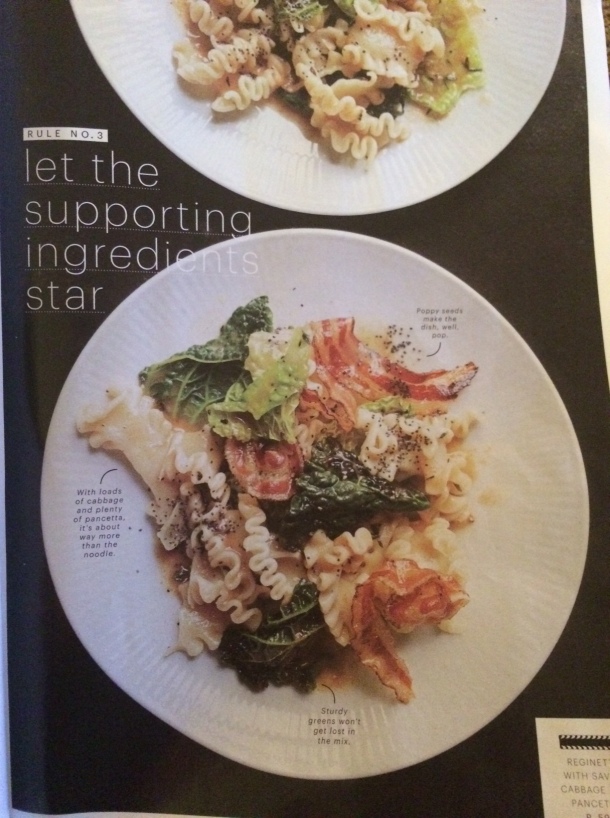 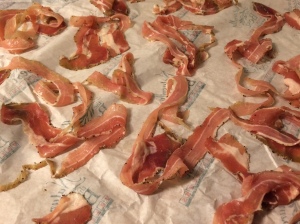 This recipe suggests “Reginetti, or other short pasta.” I didn’t see anything short and frilly enough after checking out the pasta aisle in a few routine grocery stores; I decided to swing by Genova Deli on my way home, because I knew they would have what I was looking for. Sure enough, they carry Barilla’s Campanelle pasta, the perfect substitution for “Reginetti” – whatever that is.

Bring a large pot of water to a boil. Add pasta and a pinch of salt and cook for 8 minutes, until very al dente. Drain pasta, reserving 1 cup of pasta cooking liquid. 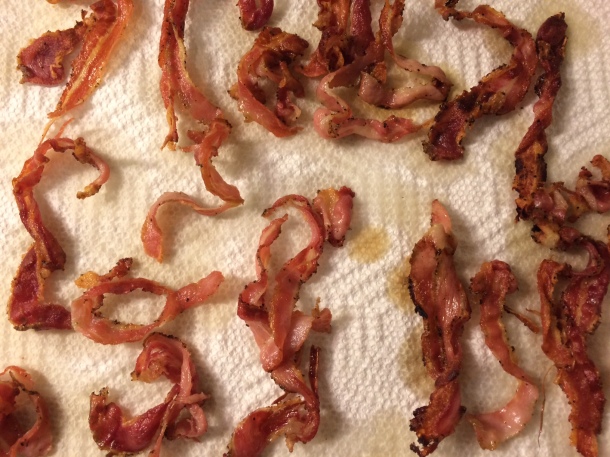 Deglaze the pan with dry sherry, then add the cabbage and cook undisturbed until deeply browned in some spots – about 3 minutes. Using tongs, toss the cabbage then cook undisturbed for another 2 minutes. Continue to cook and toss until cabbage is charred in some spots and bright green in others and beginning to wilt. Add butter and thyme and continue to cook, tossing often for 2 minutes. 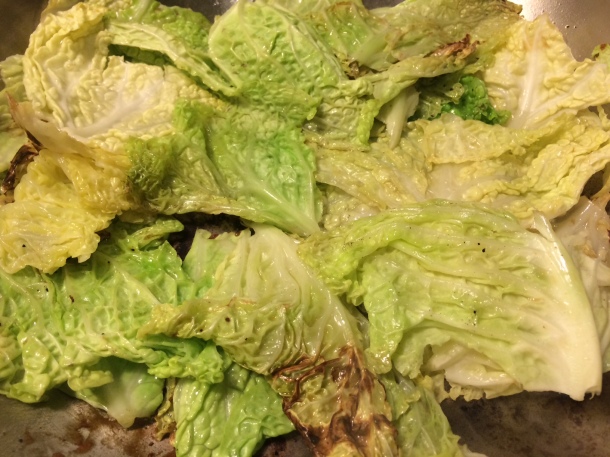 Add cheese, pasta, and 1 cup pasta cooking liquid and cook, tossing often until sauce is thickened and emulsified and coats pasta, about 5 minutes. Add pancetta and toss to combine. Taste and season with salt and pepper, then serve immediately in shallow bowls. 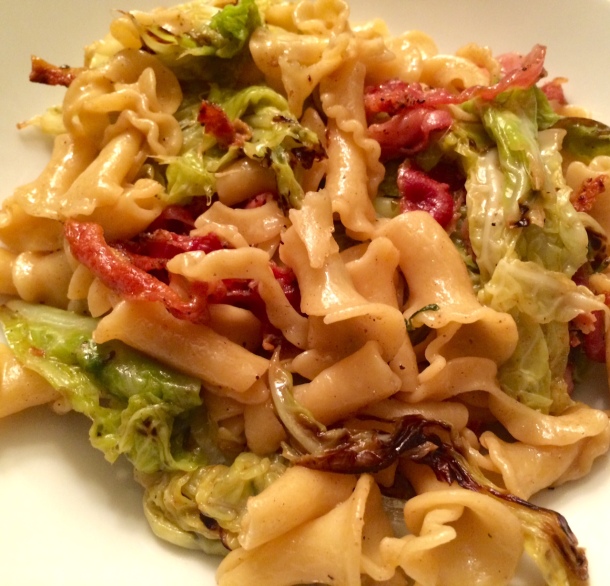 Miriam devoured this pasta; she didn’t even speak for a few minutes other than “mmmm” and “ommmggggg”. After I was finally through with snapping photos, I dug in and joined in the chants of “mmmm”. It was almost like a carbonara, but much lighter and greener and just as delicious. The addition of the sherry not only worked to clear the burnt oil from the pan, but also added some braising liquid to the cabbage. Also, this dish just looks good with all the frills.

Miriam (unaware of the fact that Porter Creek is my favorite Sonoma winery) brought over a bottle of 2012 Porter Creek Timbervine Ranch Syrah. We enjoyed it before, during and after dinner. The wine is soft enough to be enjoyed on its own without food, but made the perfect companion to the pasta dish. With soft earth tones, hints of raspberry and meaty spice it worked well with the salty pancetta and sweet cabbage.

who wants life to be tidy when you can have more fun making a mess??!